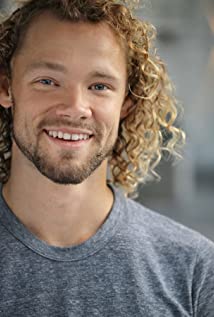 Nathan Barrett is Canadian actor from Vancouver, British Columbia. He best known for his recurring role as "Tanner" in CW's crime dramedy iZombie (2015). Barrett studied extensively with several theatrical, drama institutions including the David Mamet Workshop Daniel Brooks, The National Theatre School of Canada (graduating in 2010), the Lynn Cormack Film school, the Crichlow Actors Studio, the Lord Byng Mini Arts Secondary School, and the Vancouver Youth Theatre. He applied his knowledge and training in such stage plays as "The Particulars", "Macbeth", "Romeo & Juliet" and "Henry VI". Barrett made his screen debut in 2007 in a film called License to Wed (2007). He went on to land a guest role during the third season of CW's teen post-apocalyptic drama The 100 (2014). He then landed his next television role in CW's iZombie (2015) and has been with the series since its first season. Barrett is a highly athletic actor with a martial arts background and weapons training in stage combat. He is involved in sports including soccer and skiing. Barrett can also play the trumpet, classical piano, electric and acoustic guitar and the drums.