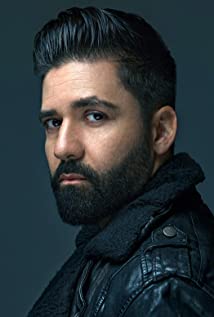 Navid Navid is an award winning Iranian-German actor and director. He was born in Teheran, Iran in 1980, but left his home country at the age of five with his family as refugees and resettled in Germany in 1985.Due to his fathers profession as an event manager, Navid was introduced to the stage and the world of entertainment from the age of six as a singer and dancer. During his younger years Navid was successful in the Iranian music industry with his pop band 'Navid & Omid'. The band released two studio albums ('Faryad' & 'Kolli Sefaresh') as well as several music videos during that time.In 2001 he graduated as an actor at the School for Performing Arts in Cologne, and started working as an actor in film, TV and theatre.Amongst several theater engagements at different theaters in Germany he played the role of Lady Macbeth in William Shakespeares 'Macbeth', and portrayed Romeo in 'Romeo and Juliet' at the 'Altonaer Theater' in Hamburg, Germany.In 2003, his first leading role in Elmar Fischer's "Fremder Freund", gained Navid a nomination at the Munich Filmfestival in the category "Best Actor in a Leading Role". In the same year the film won the acclaimed "First Steps Award", the "Digital Visions Award" as well as the Audience Award at the "Filmz Mainz" film festival.His other leading roles include Mohsen in the German cultural comedy "Salami Aleikum", which became a hit in Germany and Austria. He also had a leading role in the comedy "45 Minutes to Ramallah" and the drama "For a Moment Freedom", which won 30 awards at international film festivals and was the Austrian entry for the Academy Awards in 2009.In 2017 Navid played alongside Adrien Brody and Salma Hayek in the Hollywood production "Septembers of Shiraz", which is available on Netfilx.As a director, he has won multiple international awards at film-festivals for his music videos "November's Fall" and "Habs", which he made for the Iranian legendary singer Ebi. The music video "Behesht", which he directed for the Iranian legendary singer Googoosh, gathered international attention for being the first Iranian music video portraying a lesbian love story.Navid also works as a voice actor who has dubbed the lead role of Al from the CBS sitcom "United States of Al" for the German speaking audience. In 2020 he narrated Dalia Sofer's novel Man of My Time for Audible.Besides working as an actor and director, Navid also works as a guest teacher and gives workshops on how to direct actors and produce music videos at the film-school SAE in Berlin.

Never Too Late for Justice

Pettson and Findus: A Little Nuisance, a Great Friendship