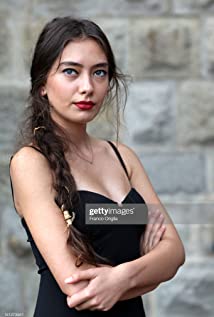 She was born on 20 August 1992 in Istanbul. Neslihan Atagül Dogulu, studied at Yeditepe University Theater Department, took her first step in acting with the TV series "Yaprak Dökümü" in 2006. At the same year, she starred with Vahide Gördüm and Cetin Tekindor in her first feature film "Ilk Ask". She received the "Promising Young Actress Award" at the Golden Boll International Film Festival with her role in this film. She continued acting with the TV series "Hayat Devam Ediyor" in 2011.In 2012, with the feature film "Araf", written and directed by Yesim Ustaoglu, she won 45th Cinema Writers Association Awards' 'Cahide Sonku Best Actress Award', 25th Tokyo International Film Festival's 'Best Actress Award', International Adana Golden Boll Film Festival's 'Türkan Soray Promising Young Actress Award' and the Moscow 2Morrow Film Festival's 'Best Actor of the Present and the Future'.After the final of the series "Fatih Harbiye" in 2014, which was adapted from Peyami Safa's novel of the same name and shared the leading roles with Kadir Dogulu, she was on Star TV between 2015-2017 with the series "Kara Sevda", in which she shared the leading role with Burak Özcivit. Neslihan Atagül Dogulu successfully gave life to the character of Bilge in the digital series "Dip", which was broadcasted on Puhu TV. In 2019, she reunited with her audience again on Star TV with the TV series "Sefirin Kizi".Since 2020, she continues to work on online magazine 'hadsiz' which sheds light on the stories of the uninhibited.