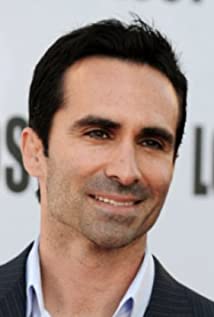 He is most often recognized for his integral role in the series "Lost" as Richard Alpert, as well as his turn as Mayor Anthony Garcia opposite Gary Oldman in Christopher Nolan's "The Dark Knight". He reprised his role as the Mayor in the box-office hit "The Dark Knight Rises".Nestor can be seen starring in Universal's "Bates Motel" (2013-2017) as Sheriff Alex Romero, lover to Vera Farmiga's Norma Bates and nemesis to her son Norman. In the final season Nestor directed his third episode, which introduces Rihanna playing the role of Marion Crane from "Psycho". On the feature side, he will next be seen in the (2017) Sundance world premier of "Crown Heights". He most recently starred with Daniel Radcliffe and Toni Collette in Lion's Gates' release, "Imperium" (2016).He has demonstrated his versatility through a variety of film roles including his turn as the emotionally tortured hitman Pasquale Acosta in Joe Carnahan's "Smokin' Aces", the socially conscious theater director Moises Kaufman in "The Laramie Project", the idealistic revolutionary Luis Fellove in Andy Garcia's "The Lost City", the pragmatic and ruthless Mayor Picazo in "For Greater Glory", and the womanizing and morally conflicted father in the title role of the Sundance indies, "Jack the Dog" and "Manhood".Nestor was born in New York City and raised in numerous locales including, Mexico, Venezuela, Florida, Connecticut, the Bahamas and London. He graduated from Harvard University with a degree in English. It was during his time in college that a first-year drama course led to his interest in performing. Upon graduating he moved to New York and starred in the Off Broadway world premier of the two-hander, "A Silent Thunder". He continued to work in theater, most notably in Stephen Sondheim's premier of "The Doctor is Out" at The Old Globe in San Diego.Nestor currently resides in Los Angeles with his wife, actress Shannon Kenny, and their two sons Rafa and Marco.

For Greater Glory: The True Story of Cristiada