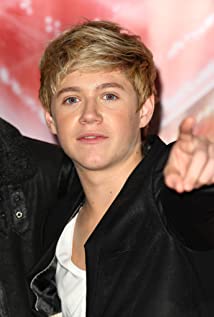 Niall James Horan was born on September 13th, 1993, in Westmeath, Mullingar (Mullingar General Hospital). He has one older brother, Greg Horan. His parents are Maura Gallagher and Bobby Horan. His parents divorced when he was five and he lived a few years between each homes, until he chose to live with his dad. Niall was a pupil at Coláiste Mhuire, a Christian Brothers School. Niall was into music from a young age, from about 5 or 6. He started playing the guitar when he was about twelve, and one year later he entered the school's talent show, singing The Script's 'The Man Who Can't Be Moved'. He didn't win, but got a lot of local press and good comments. He also entered a small local competition, where he was singing Chris Brown's 'With You', this time he won the show. In 2009, Niall supported Lloyd Daniels in a small music venue. All those things led him realize he was maybe good at singing. In 2010, Niall entered the X Factor. He sang 'I'm Yours' and 'So Sick' on his audition, and got trough to the next round. At boot camp, he and Harry Styles, Liam Payne, Louis Tomlinson and Zayn Malik were put together in a band, One Direction. They came third on the show, and one day after that their mentor, Simon Cowell, gave them a record deal. Their first single 'What Makes You Beautiful' is one of the biggest hits of 2012, and their debut album 'Up All Night' went straight to number one in America.

Harry Styles: Behind the Album

One Direction: Where We Are - The Concert Film

One Direction: This Is Us