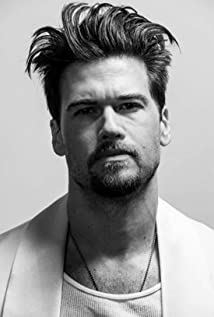 Born in Nutley, NJ, Nick Zano's passion for the movies began when he first watched Goodfellas (1990) at the age of 12. He had long dreamed of becoming a Navy Seal, but all that changed in one afternoon at the cinema. Shortly after that, Zano and his family moved south to West Palm Beach, Florida, where he finished his high school education. Throughout his high school years, he was active in both the drama and TV production departments. In his junior year, Zano and his closest friends produced a weekly television program at Wellington High School. The wildly humorous and offbeat skit comedy show landed Zano in detention quite often, where he would kill time by writing a series of short films. Those shorts, which he starred in and helped to direct, made their way to the JVC Universal Film Competition semifinals 3 years in a row.Shortly after high school, he was offered a position with "Prelude Pictures" (Lost in Space (1998), Black Dog (1998)) in Television and Feature Film Development. During that time, he also acted as Associate Producer on the World AIDS Day TV special, Living Positive, hosted by Lou Diamond Phillips. In June 2001, Zano made the move to LA, where he began the daily grind of auditioning. His quick wit and charming sense of humor immediately made him a favorite among casting directors, who would call him in for reads even when the character description was totally opposite to his looks. Zano has a mental Rolodex overflowing with movie knowledge, which helped him land the hosting gig on MTV's Movie House (2002), which premiered on the cable channel in May 2002. After his move to LA, Zano remained close with his sisters and his Mom, who always supported and inspired him. Zano resides in Los Angeles.