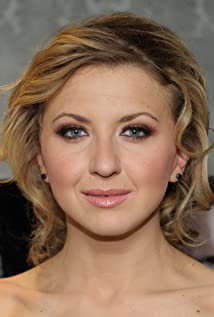 Nina Arianda made her break-out debut in the 2010 off-Broadway production of Venus in Fur just months after graduating from NYU's Tisch graduate acting program. Her performance garnered the attention of the entire New York theater community. Following her off-Broadway acclaim, Nina procured roles in Woody Allen's Oscar-winning film Midnight in Paris, Tom McCarthy's Win Win, and Vera Farmiga's Higher Ground. Venus in Fur transferred to Broadway in 2011 where Nina's performance went on to become the most critically acclaimed of the 2011-2012 season resulting in her winning the 2012 Tony Award for Best Actress in a Play. This recognition followed her 2011 nod for her Broadway debut performance as "Billie Dawn" in Born Yesterday.In 2011, Nina appeared in Universal's Tower Heist starring Ben Stiller and Eddie Murphy and made her network television debut on the Emmy-winning series "The Good Wife." In addition to the Tony Award, Nina has been honored with numerous accolades for her work in the theater including recognition from The Drama League, an Outer Critics Circle Award, the Actors' Equity Association Clarence Derwent Award, the Theater World Award and the Clive Barnes Award. Nina was named 2011 Stage Star of the Year by New York Magazine, and topped Forbes Magazine's 2011 Top 30 Under 30 in entertainment list. She was also honored by Marie Claire Magazine with their 2012 Women on Top Award for top performer.Following Venus in Fur's successful Broadway run, Nina has appeared on NBC's landmark series "30 Rock," and CBS's "Hostages." She can be seen in the recently released films Lucky Them starring Toni Collette, Thomas Haden Church and Oliver Platt, Rob the Mob where she stars alongside Michael Pitt, Andy Garcia and Ray Romano, and in the upcoming film The Disappearance of Eleanor Rigby starring Jessica Chastain and James McAvoy, . Nina has wrapped filming The Humbling directed by Barry Levinson, starring Al Pacino and will be starring with Sam Rockwell in Sam Shepard's Fool for Love at Williamstown Theater Festival beginning July 2014.

The Disappearance of Eleanor Rigby: Them

The Disappearance of Eleanor Rigby: Him

The Disappearance of Eleanor Rigby: Her