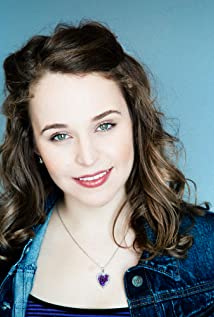 Nina Herzog is an award-winning singer, actress, songwriter, and producer. She won her first talent show at age five, singing a country-western rendition of "Blue Moon," earning her the small-town nickname "The Blue Moon Girl." Her first professional gig was at age 12, singing on her local CATV channel.Nina's early love for country music's lyrical narrative led to her infatuation with musical theater and jazz. She attended The Orange County School for the Arts for high school. There, she studied voice, acting, theatrical writing, and dance, and won numerous awards for her performances, including the National Youth Theatre Award. The Orange County Performing Arts Center named Nina the "Star of Tomorrow", and the judges of the South Coast Symphony Vocal Competition deemed her "Star of the Future", awarding her a solo performance with their symphony, as well as a music scholarship.One of the highlights of Nina's career occurred when she performed for and under the conducting and musical direction of the late Marvin Hamlisch in a symphony concert of Rodgers and Hammerstein songs. In the summer that followed, she sang with the National Symphony Orchestra and the Wolftrap Foundation for the Arts in Washington D.C., during which she shared the stage with Broadway stars Susan Egan, Matthew Morrison and Capathia Jenkins.Nina graduated high school with high academic honors and then went on to study at the UCLA School of Theater, Film and Television, receiving her BA in just three years, and earning both Dean's List and Latin honors. During her studies, she began singing for publishing companies in Los Angeles. She also starred in, co-wrote, and co-produced several viral BuzzFeed videos.After graduating from UCLA, she was invited to collaborate with Patrick Williams-- the Grammy Award-winning and Academy and Emmy Award nominated, composer and arranger. Together, they produced and performed a full symphonic concert, which debuted their musical collaborations, and was filmed and directed by Emmy-winning director, Roger Young.A seasoned, accomplished, and highly sought after studio singer, Nina's voice can be heard on over 200 tracks for Hal Leonard Publishing, BMI Publishing, Sony Music, and on commercial jingles. She recorded demos for Tony Award-winning Broadway composer Jason Robert Brown's new musical, Bridges of Madison County at Capitol Records. Recently, she recorded both the singing and speaking voice of Odette, The Swan Princess, in "The Swan Princess" for Sony Animation.Nina is also a volunteer music teacher for autistic students. She is an active Arts Education Activist, and has spoken at charity benefits for non-profits, as well as for Disney Corporation, on the profound impact arts education had on her own ability to overcome and transcend tragedy as a child. As a result of her efforts, Nina was featured as a Young Humanitarian in the book "On Purpose" by Sheri Geoffreys, a book celebrating "Leadership with a Cause".

The Swan Princess: Kingdom of Music

The Swan Princess: A Royal Myztery