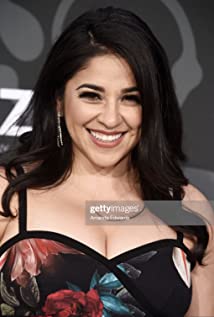 Noemi Gonzalez is a California native who began singing and acting when she was nominated for school musicals in elementary school. Her love for the arts led her to train at the prestigious drama school at UC Santa Barbara where she received her BFA in Acting. Almost immediately after graduating, she was hand-selected to be a ABC Disney Talent Showcase Participant.At the time of writing, Noemi is currently filming the role of 'Suzette Quintanilla' in the upcoming highly anticipated Netflix series, Selena The Series (2020). She will be playing drummer and sister to the Mexican-American star Selena portrayed by Christian Serratos. As a Mexican American artist, this role is a point of pride and very near and dear to Noemi's heart. She can most recently be seen in a phenomenal role on Amazon Studios hit series, Dark/Web (2019). Prior to that she had a starring role on the iconic daytime drama series, Young and the Restless (2018-2019), where she won rave reviews for her performance. Previous credits include roles in Paranormal Activity: The Marked Ones (2014), The Vatican Tapes (2015), Amazon Studios, The Kicks (2015-2016), Rosewood (2016) and many more.Noemi is probably best known for her standout role as 'Soli Gomez' in the hit Hulu Original series East Los High (2013-2017). She has also been featured in many theatre productions, including her personal favorite playing 'Rosali' in the 20th Year Anniversary of Real Women Have Curves in the debut performance of Josefina Lopez's Casa 0101 Theater (2011).Noemi will next be seen as "Delia" in David Ayer's much anticipated American crime thriller: The Tax Collector (2020). Starring Shia LeBeouf, Lana Parilla, and George Lopez.Noemi focuses her work towards the goodness in humanity, empowerment, and connection. Demonstrating how we can come together through dynamic characters and unforgettable stories.She currently lives in Los Angeles.

Paranormal Activity: The Marked Ones