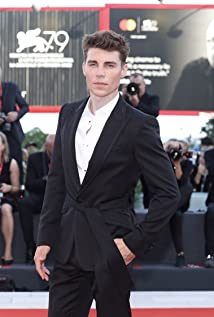 The Canadian actor started out as a national gymnast and diver. He is also fluent in French and German. He received his first break when cast in the starring role of the Nickelodeon movie Spectacular! (2009), opposite Victoria Justice. He is the new celebrity face of Versace, in conjunction with Lady Gaga for women's wear. Funk is mostly known to teens for playing bad boy Collin on Awkward. (2011) or to indie watchers for the scandalous and critically controversial Paul Schrader/Bret Easton Ellis film The Canyons (2013), or to sci-for junkies in the latest Riddick (2013) opposite Vin Diesel for Universal. Nolan revived the role of Conrad Birdie in "Bye Bye Birdie" on Broadway, where we was deemed excellent by "The New Yorker", and played Jennifer Lawrence's love interest in Relativity's House at the End of the Street (2012). He played Glee (2009) warbler captain Hunter, and is a former Nickelodeon star of Spectacular! (2009). Nolan received critical acclaim for his rendition of "Whistle" by Flo Rida on "Glee." The Canyons (2013) was screened at the Venice International Film Festival. He will be featured in the indie film Wildlike (2014), on which Christine Vachon served as executive producer, from Killer Films opposite Brian Geraghty, which makes its festival run later this year. He also starred in American Romance (2016), opposite Daveigh Chase (Big Love (2006)); Mark Boone Junior (Sons of Anarchy (2008)); and John Savage (The Deer Hunter (1978)).

The Chronicles of Riddick: Rule the Dark