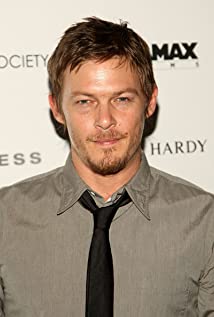 Norman Reedus was born in Hollywood, Florida, to Marianne and Norman Reedus. He is of Italian (from his paternal grandmother), English, Scottish, and Irish descent.Norman's first film was in 'Guillermo Del Toro''s 1997 horror thriller Mimic (1997), where he played the character Jeremy. He has also played roles in the films "Floating", Six Ways to Sunday (1997), Deuces Wild (2002), Blade II (2002), "Gossip", 8MM (1999), American Gangster (2007), Hero Wanted (2008) and Moscow Chill. In 2005 he had a bit-part in Christian Alvart's Antibodies (2005) as a German policeman. In 2008 he starred in _Red Canyon_ and John Hillcoat's Triple Nine and Robert Redford's The ConspiratorNorman is perhaps best known for playing the role of Murphy MacManus in the 1999 movie The Boondock Saints (1999) opposite Sean Patrick Flanery and Willem Dafoe. He also starred opposite Flanery in the 2009 sequel The Boondock Saints II: All Saints Day (2009).As of 2010 he stars as Daryl Dixon in the AMC television series The Walking Dead (2010). The character was not originally in the comic book series of the same name, but was created specifically for Reedus after his audition for the character of Merle Dixon. The Walking Dead comic creator Robert Kirkman has stated he feels "absolutely blessed [Reedus] has honored the show with his presence, and the way he has come in and taken over that role and defined Daryl Dixon. A lot of Norman's portrayal of the character in the first season inspired all the writers to do what we did with him in the second season. We love writing him and end up doing cool stuff with him."