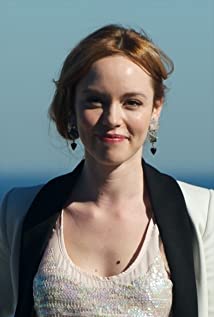 Olimpia Melinte was born in Iasi, Romania, on November 7, 1986. She is an actress, known for Cannibal (2013), My Baby (2013), Seven Acts of Mercy (2011), Killing Time (2012) and Cele ce plutesc (2010).Born on November 7, 1986, in Iasi, Romania, Olimpia Melinte has always wanted to be an actress. Supported by her parents, who understood and encouraged all her dreams, she studied acting in high school and college. She has a master degree in Dramatic Arts from the Arts University "George Enescu" (Iasi). Olimpia has appeared on the stage of the National Theatre in Iasi in many theatre productions and wishes to come back some day in a great Romanian production guided by a young Romanian director. Her first contact with the big screen was the main part she played in the feature film "Cele ce plutesc", directed by Mircea Danieliuc. Her debut film role landed her two nominations at The Gopo Awards 2010 (for the Best Actress category & Young Hope category). She attracted more attention with her next role in Massimiliano & Gianluca de Serio's movie "Sette opere di misericordia", proving she could hold her own across from screen experienced foreign actors. The film also earned high praise from critics, being awarded in film festivals like Locarno, Annecy, Vilerupt and Marrakech, and brought her an acting award at the Bobbio Film Festival in Italy. She worked with the young and talented Romanian director Luiza Parvu for her short movies Draft &, My Baby and, recently, A New World, with Florin Piersic Jr. for his feature "Killing Time" and also appeared in Dan Chisu's comedy "Bucuresti NonStop" Olimpia starred alongside Antonio de la Torre in the movie "Canibal", directed by Manuel Martín Cuenca, well received by audience and critics at the 2013 editions of the films festivals in Toronto, San Sebastian, Torino etc.