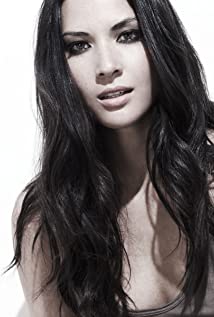 Lisa Olivia Munn was born in Oklahoma City, Oklahoma. Her mother, Kimberly Schmid, lived in Vietnam, and is of Chinese ancestry, while her father, Winston Barrett Munn, is from a family with deep roots in the American South. Olivia's parents divorced when she was two years old, and she was raised by her mother and stepfather, a member of the United States Air Force. Although the family departed Oklahoma and resided in many locations, she was mainly raised in Tokyo, Japan. During this time, she appeared in a number of local theater productions and later became a model in the Japanese fashion industry. When the family eventually returned to the United States, Olivia moved to Los Angeles to pursue her dream of becoming an actress. After a few small roles, her career took a very promising turn when she landed the role of Mily Acuna on the Hawaii-lensed TV series Beyond the Break (2006) and the role of Rob Schneider's receptionist in Big Stan (2007). She hosts "The Daily Nut" and the "Formula D" Podcasts on G4.

Tales of the Walking Dead