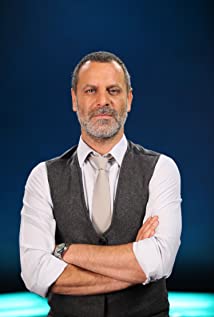 Ozan Güven (born 19 May 1975) is a Turkish film, TV series and theatre actor.His family is of Turkish origin who immigrated from Bulgaria. He was born in Germany and lived there until he was 9 years old. He can speak Turkish, German, English. He studied acting at the Izmir Municipal Conservatory and played at the renowned Sahika Tekand Theatre in Istanbul. He also studied Modern Dance at the Mimar Sinan Fine Arts University. With a remarkable sense of psychology and humour he forcefully performed a wide range of characters in various genres, including drama, crime thriller or satirical comedy. In addition to many TV series and critically successful art films such as Ali Özgentürk's Balalayka or Ümit Ünal's Dokuz (9), Ozan Güven also starred with his friend Cem Yilmaz in the science fiction comedy G.O.R.A, its sequel A.R.O.G as well as in the Western parody Yahsi Bati.In 2005, he married director Türkan Derya. They have one child. They divorced in 2010.