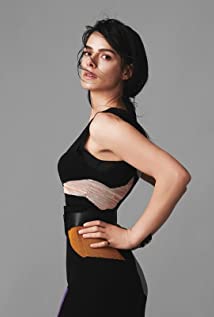 Ozge Ozpirincci was born in 1986 in Istanbul. Her family is from Diyarbakir. After a year in Rockford, Illinois as an exchange student, she perfected her English and graduated from Sabanci University with a degree in International Business Management and studied at The Lee Strasberg Institute in New York. She became an instant household name in Turkey with her portrayal of the lead character Ipek in the prominent Turkish TV series "Melekler Korusun / Guardian Angels." Following that, she appeared in numerous film and TV projects as seen in her filmography. In 2011, she was nominated for Best Supporting Actress in Turkey's prestigious Greenpine Film Awards for her portrayal of Ms. Fikriye in the motion picture "Veda / Farewell." In 2016, she won Best Lead Actress/TV Comedy in Turkey's Golden Butterfly TV Awards, for the long-running TV show "Ask Yeniden/Love, Again." As an active supporter of animal and human rights, Ozge also appeared in various Public Service Announcement videos, including the Adopt-a-Pet campaign in Turkey and United Nation's "He for She" PSAs. With over half a million followers on Twitter and 1.7 million followers on Instagram, Ozge's fan base extends from Germany to Azerbaijan.