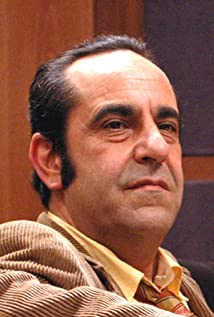 Raif Özkan Ugur (born October 17, 1953 in Istanbul) is a Turkish pop musician, member of the renowned band Mazhar-Fuat-Özkan and an actor.He was born as the 5th child of his family. He graduated Resat Nuri Güntekin Primary School where he met and started playing mandolin. Afterwards, while he was studying in Fenerbahçe High School, he formed a band called Atomikler and covered popular songs of the time.He started his career as a musician in the Serif Yüzbasioglu Orchestra as a bass guitarist. In 1971, Özkan joined Mazhar Alanson and Fuat Güner in the duo "Kaygisizlar" ("The Unworrieds") The band was dissolved in 1972. Between 1972 and 1975, Özkan played Anatolian rock music with Baris Manço in his band Kurtalan Ekspres, in "TER" of Erkin Koray, "Dostlar" of Edip Akbayram, "Kardaslar" of Seyhan Karabay and "Dadaslar" of Ersen. In 1976, he left Anatolian rock music genre and joined the quintet "Ipucu" led by the MFÖ trio. Özkan formed in 1978 the band "Grup Karma" with Galip Boransu and Cengiz Teoman. He is now playing in the group MFÖ (the three letters stand for the names of the three members: Mazhar Alanson, Fuat Güner, Özkan Ugur). While playing the bass guitar in MFÖ, he performs incredibly difficult vocals with his tenor timbre. He released "Aynada" ("In The Mirror" in Turkish) single from DMC in 2016.He was also a judge in O Ses Türkiye (2011) (Turkish version of The Voice).In first of his professional years, he tried to make a bass guitar. The bass guitar he is using is a Fender Jazz Bass which was given by Baris Manço. Also he had a fretless guitar which he makes the maintenance and repair himself every month. One of his interview he talk about value of his bass guitar : " I spent my life with it. I will never sell it even they give me billions of dollars."