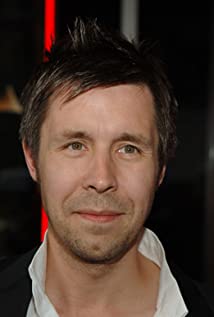 Paddy (Patrick) Considine was born on September 5, 1973 in Burton-on-Trent, Staffordshire in the U.K. As a teenager, Considine studied a drama course at Burton College where he met with now friend and director Shane Meadows, who cast Considine in his first role in a feature film as the disturbed character Morell in A Room for Romeo Brass (1999).Considine's performance in that movie got him cast in Pawel Pawlikowski's Last Resort (2000) the following year. Further roles ensued, including an acclaimed turn as Johnny in Jim Sheridan's In America (2002).Along with his lead roles, Considine has had a number of scene-stealing supporting roles in films such as 24 Hour Party People (2002), Born Romantic (2000), and The Martins (2001). Considine has been noticed for his performance as Richard the revengeful brother in the applauded film Dead Man's Shoes (2004), which he co-wrote with Shane Meadows, and for his role as Phil the Born again Christian in Pawlikowski's My Summer of Love (2004).In 2005, Considine co-starred with Russell Crowe and Renée Zellweger in Cinderella Man (2005). Other notable roles in recent years include small-but-memorable turns in Hot Fuzz (2007) and The Bourne Ultimatum (2007), along with bigger roles in Red Riding: The Year of Our Lord 1980 (2009) and Submarine (2010).Considine has also recently tried his hand at writing and directing. His feature-length directing debut, Tyrannosaur (2011), won Considine a BAFTA Award for Outstanding Debut by a British Writer, Director, or Producer.Considine has one child, Joseph, with wife Shelley.

The Girl with All the Gifts