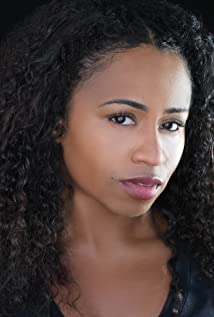 Pamela Erin Ricardo is a trained theater, film, and television actress who is quickly lighting up wherever she lands. The Afro-Latina is Brooklyn born, Atlanta raised and definitely multifaceted like that of a diamond. She spent most of her late teens and early 20's working multiple jobs to make ends meet for herself and it wasn't until 2007 that she was approached about a career in acting. She did her first stageplay with no prior experience and hasn't looked back ever since. Some of her latest credits include a recurring role on two seasons of BET's "The Quad" starring Anika Noni Rose, CMT's "Still The King" starring the legendary Billy Ray Cyrus, and The CW's hit television series "The Vampire Diaries." Pamela made appearances on Playstation Tv's "Powers" and in 2017 she had an appearance on "Manifesto," a new series for The Discovery Channel. Her signature nickname "Pamela The Beauty" comes from winning the 2009 Miss Black Manhattan USA Pageant in New York City. Her platform remains to this day, "Chase Your Dreams." It was in New York that Pamela began her training at The Stella Adler Conservatory and she continues to train at The Company Acting Studio in Georgia as well as with the legendary Rob Mello, Dwayne Boyd, and Los Angeles Acting Coach to the stars, Crystal Carson. Pamela's other interests include personal training, bodybuilding, motivational speaking, writing, and mentoring the youth. Pamela is looking forward to a successful career as an Actress, Fitness Model, Philanthropist, and Author. She admires the many Greats before her such as Lauren Bacall, Cicely Tyson, Oprah Winfrey and Angela Bassett. Pamela believes this: "Keep your eyes on your own paper. Do not worry about what your neighbor is doing. Trust and believe that you hold all of the keys to your success. There is no blueprint for greatness. Write your own story and make it a great one."