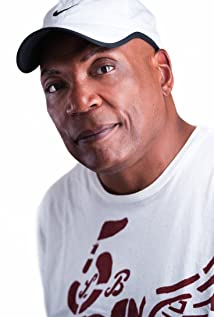 Paris Barclay is one of television's most successful and honored directors. Throughout his illustrious career in television, Paris has directed over160 episodes of television, including episodes of NYPD BLUE, ER, THE WEST WING, LOST, THE GOOD WIFE, CSI, SONS OF ANARCHY, HOUSE, GLEE, IN TREATMENT, SCANDAL, EMPIRE, PITCH and STATION 19. He won two Emmy Awards for his direction of NYPD BLUE and has received six additional Emmy nominations for producing and directing, including three for directing episodes of GLEE, and one for THE WEST WING.Paris has also garnered ten Directors Guild nominations (for shows as diverse as IN TREATMENT, WEEDS, HOUSE, as well as GLEE and THE WEST WING), winning once for NYPD BLUE. He also became the first Director in the history of the Guild to receive a comedy and drama nomination in the same year, two years in a row (2008 & 2009). He's received three NAACP Image Awards, for producing, co-creating, and directing CITY OF ANGELS, and for directing COLD CASE and SMASH. In 2014, the NAACP inducted Paris into the NAACP Image Awards Hall of Fame, joining such luminaries as Sidney Poitier, Oprah Winfrey, and Gordon Parks.He directed the feature film (and cult favorite) DON'T BE A MENACE TO SOUTH CENTRAL WHILE DRINKING YOUR JUICE IN THE HOOD, as well as telefilms for HBO (a western, THE CHEROKEE KID, starring Sinbad, James Coburn and Burt Reynolds) and THE BIG TIME for TNT (a drama with Christina Hendricks, Molly Ringwald, and Christopher Lloyd.)Further bulging his shelves, Paris has been recognized as a writer as well, receiving a WGA and Humanitas Prize nomination for his telefilm (with Dustin Lance Black) PEDRO, for MTV. He's shared two Humanitas Prizes, four prestigious Peabody Awards. He co-created the series CITY OF ANGELS (which ran for 2 years on CBS), co-wrote and directed the pilot HATE for Showtime, and has rewritten projects for Disney and HBO.Paris was elected President of the Directors Guild of America in June 2013 and is the first African-American and openly gay President in the history of the Guild. Before being elected President, Paris served four terms as the First Vice President of the DGA. Mr. Barclay first joined the DGA in 1992, and was elected to the Western Directors Council and the National Board in 1997. He and Taylor Hackford shared the 2007 Robert Aldrich Award, given for extraordinary service to the Director's Guild of America. Paris was enthusiastically re-elected in June 2015 to serve a second term as president before stepping down in June 2017.Paris directed the pilot of and currently works as the executive producer of the Shondaland show, STATION 19, which follows a group of Seattle firefighters that exist in the GREY'S ANATOMY universe and stars Jaina Lee Ortiz, Jason George, and Boris Kodjoe. Additionally, the show is executive produced by Shonda Rhimes, Betsy Beers, and Krista Vernoff. It premiered in March 2018 and is currently producing its fourth season for ABC.Paris got his start in advertising, working as a creative executive and then segued into directing music videos for some of music's biggest stars, such as: Janet Jackson, Bob Dylan, and LL Cool J.In addition to his service to the DGA, Paris has been recognized for his service and contributions to many charitable organizations, including Liberty Hill, GLAAD, and Project Angel Food.He has said: "What's the point of any success if you don't give back?"