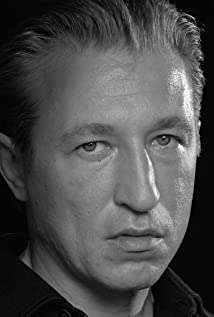 Born in Moscow, a student of Moscow Academy of Dramatic Arts, Pasha (aka Pavel) Lychnikoff, appeared on Moscow's stages in such productions as Gogol's Inspector General and Dostoevsky's Crime and Punishment. In early 90s Pasha moved to the United States to pursue his acting career there. Arriving at JFK Airport with five dollars in his pocket, speaking only a few words of English, Pasha made his way to Brighton beach, Harlem, Hell's Kitchen, and then to Los Angeles to act.As Pasha's career unfolded, he was introduced to bright minds that molded him as an actor and person. He first received a great helping hand and insight from Jonathan Banks at UCLA Film Theatre Department, which was followed by encouragement from private lessons with The Groundlings' creator Gary Austin. Jumping the fence at Twenty Century Fox paid off. Pasha was able to land his first television guest star role on the critically acclaimed NYPD Blue. This opportunity also earned him his membership with Screen Actors Guild. While working on NYPD Blue, Pasha became great friends with writer, creator, and executive producer David Milch. For the rest of Pasha's life, Milch became a mentor and friend who helped him greatly through his career.While Pasha was living his dream of acting on television, little did he know that he was the first ever Russian to become a series regular on US television. Pasha's first series regular role was on David Milch and Tony Yarkovich's TV drama "Big Apple" on CBS after which he has had more than 40 TV guest appearances.Lychnikoff continues to build an impressive resume in both television and film. Pasha has starred as Balzanov, a telegraph operator, in a lawless town of the second and third seasons of the critically acclaimed HBO series "Deadwood", created by David Milch. On the comedy side of acting, he had a recurring role on Chuck Lorre's comedy "The Big Bang Theory" as cosmonaut Dmitri Rezenov, and a lead role on the Russian hit series and number one comedy "Fizruk" as hysterical Misha Buddhist. His film credits include "Miami Vice" directed by Michael Mann with Colin Farell and Jamie Foxx, "Charlie Wilson's War" directed by Mike Nichols with Tom Hanks and Julia Roberts, "Indiana Jones and the Kingdom of the Crystal Skull" directed by Steven Spielberg, "Star Trek" directed by J.J. Abrams, and "A Good Day to Die Hard" with Bruce Willis, and Motherland by Peter Buslov.Pasha has a big passion for theater which extended beyond acting to producing. The Shelter, which he created alongside Valeri Belykovich, was his production debut in Los Angeles. The play got 5 Ovation Awards nominations in 2006 in 5 different categories including the World Premier Play, Play Intimate Theater, Direction of a Play, the Ensemble Performance, and Lighting Design. His performance in the play got him rave reviews by a number of critics.In this coming acting season, Pasha will be seen in multiple projects such as a recurring on the 4th season of "Ray Donovan", mini series "Insomnia", and Sony Entertainment's "Beyond Valkyrie: the 4th Reich".

Beyond Valkyrie: Dawn of the 4th Reich