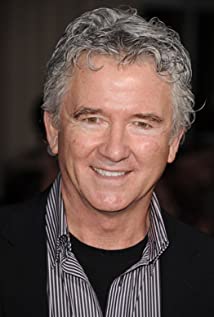 Youngest of 2 children, and only son born to Terrence and Marie Duffy. Patrick was born in Montana, where his parents owned local taverns, and raised in Everett, Washington, since age 12. He wanted to become a professional athlete, and became a certified scuba diver while in his teens. However, his involvement in his high school's drama department led him to apply to the Professional Actors Training Program at the University of Washington, Seattle. He was one of 12 people accepted, from over 1,200 applicants. He ruptured both of his vocal cords during his senior year of college, but he created the position of actor-in-residence, where he worked as an interpreter for ballet, opera, and orchestra companies in Washington. He also taught mime and movement classes. Around this time, he met his wife, Carlyn, a ballet dancer with the First Chamber Dance Company of New York. Carlyn introduced Patrick to Buddhism, which he has practiced for the past 30 years. The couple married in a Buddhist temple in 1974. They then moved to New York, where Patrick appeared in Off-Broadway plays, and supported himself and his wife by working as a carpenter. The couple then moved to Hollywood, where he drove a florist's delivery truck, and landed small roles in film and television. His son, Padraic Duffy, was born in 1974/5. In 1976, Patrick was working as a house painter when he landed the role of "Mark Harris" in the TV series Man from Atlantis (1977). Two years later, he won the role of "Bobby Ewing" on Dallas (1978). His second son, Conor Duffy, was born in 1979/80. In 1986, his parents were murdered by 2 teenagers who raided their tavern in Montana. Patrick has continued to work, however, starring in a variety of TV movies, and as "Frank Lambert" on his third TV series, Step by Step (1991). Since SBS was canceled in 1997, Patrick has continued to pursue his TV career, which includes 2 Dallas reunion movies and the revival series Dallas (2012). Widowed in 2017, he splits his time between Los Angeles and southern Oregon.

Once Upon a Main Street

Christmas With a View