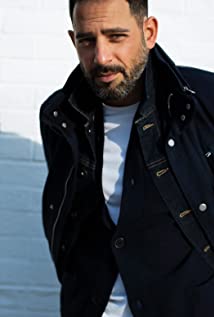 Patrick was born in Montreal on January 9, 1975, to a psychologist and a French teacher/librarian. Patrick has three older brothers and a younger sister and grew up in a trilingual household, speaking French, English and Arabic. On television, you've seen him regularly as Captain David Singh on CW's The Flash (2014), in film you'd recognize him as Master Sargeant Marcus Waltz in Godzilla (2014) and The Persian General from 300 (2006). In the theatre, on regional stages he is known for the Canadian premiere of Ayad Akhtar's Pulitzer Prize-winning play, "Disgraced" (2015) and for originating the role of Foster Bryant in the World Premiere production of "Inside the Seed" (2013).His background as a competitive athlete, martial-artist, and mountaineer has added a dimension of action to many of his roles.His most recent project is series regular, Hassan Al Afshar, on Sony/Crackle's first original drama, The Art of More (2015) starring Dennis Quaid, Kate Bosworth, Cary Elwes and Christian Cooke.Patrick has earned a BFA in Drama for Human Development from Concordia University,Montreal (2000); a collegiate degree in Drama from Vanier College (1997), Montreal; a Certificate from the National Theatre Conservatory Intensive, Colorado (2002); and a Master of Fine Arts degree in Acting from the University of California (2005). Throughout his training, he continued to work professionally on stage and on screen: playing the title role in Hamlet (1993) in an award-winning production at Vanier College and continuing to accumulate roles in films and on TV. He appeared in a landmark episode of E-Ring (2005) opposite Benjamin Bratt, then later that year he landed a milestone role on "300" (2006) and guest-starred on 24 (2001) opposite Kiefer Sutherland. Since then, he has work with some of the world's most influential directors including Steven Spielberg, Zack Snyder (3 times), Gareth Edwards, Tarsem Singh, David Nutter, John Cassar, Richard Donner, Joss Whedon, Drew Goddard, Roland Emmerich, Gary Fleder and the various directors who have cycled through seasons of Stargate: Atlantis (2004) and "The Flash" (2014-2015) and The Art of More (2015).Patrick is also the writer/producer and director of several award-winning short films and plays and continues to develop new works as a filmmaker and theatre artist.

All of My Heart: The Wedding