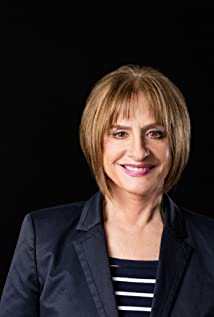 A fireball of talent and a musical force to be reckoned with, singer/actress Patti LuPone was born on April 21, 1949 in Northport on Long Island, New York, of Italian heritage. Her parents, Orlando Joseph LuPone, a school administrator, and mother Angela Louise (Patti), a librarian, eventually divorced. She was christened Patti in honor of her great-grand-aunt, the renowned 19th-century opera singer Adelina Patti.Trained in dance, her early days as a teen were spent as part of a 60s sibling group called "The Lupone Trio," which was comprised of Patti and older twin brothers William and Robert LuPone, the latter moving on to a daunting career of his own. A graduate of Northport High School, she attended the Drama Division of The Juilliard School and became part of its first graduating class, which also included future stars Kevin Kline and David Ogden Stiers.In 1972 the legendary John Houseman reshaped said graduating class and formed The Acting Company, which earned a strong reputation on tour as a classical repertory group. Gaining invaluable acting experience, she stayed with the company until 1975. Making her NY theater debut in "The School for Scandal" (1972), she went on to play major roles in "The Hostage," "The Lower Depths," "The Three Sisters" (her Broadway debut), "Measure for Measure," "Scapin," "Edward II," and "The Time of Your Life," among others. However, it was in musicals that she would reign supreme. She played Lucy in a version of "The Beggar's Opera" (1973) and went on to earn distinction in "The Robber Bridegroom" (Tony nomination) (1975), "The Baker's Wife" (1976) and "Working" (1978).Her incredible pipes and assured countenance eventually earned her the role of a lifetime with "Evita" (1979). As Argentina's calculating and beloved Eva Peron, Patti grabbed the international spotlight with a rare dramatic fury and brilliance. Her electrifying performance earned her both the Tony and Drama Desk awards, and the resulting stardom officially launched her film and TV career.Minor roles in King of the Gypsies (1978) and 1941 (1979) led to a co-starring role with Tom Skerritt in the vigilante crimer Fighting Back (1982). Continuing to show off her singing prowess, she originated the role of Fantine in the London production of "Les Misérables" and became the first American to win the prestigious Olivier Award (for her work in both "Les Miz" and "The Cradle Will Rock") in 1985. She nabbed a second Drama Desk Award and another Tony nomination for her Reno Sweeney in "Anything Goes" (1987).Twice nominated for Emmy awards on TV, she impressed as Lady Bird opposite Randy Quaid's President Lyndon Baines Johnson in the mini-movie LBJ: The Early Years (1987) and scored a resounding hit on the dramatic series Life Goes on (1989) as Libby Thatcher, the loving, protective mother of a son (played by Chris Burke) afflicted with Down Syndrome. This groundbreaking program was the first of its kind to center its theme around a mentally handicapped character. The show ran a durable four seasons and its title song, "Ob-La-Di, Ob-La Da" by Lennon/McCartney, featured Patti's vocals. A round of guest shots over the years have included "Law & Order," "Frazier," "Touched by an Angel," "Will & Grace" (hilariously spoofing her diva image), and a recurring spot on the critically-acclaimed Oz (1997). On film she was well represented by Witness (1985) and in Driving Miss Daisy (1989) as Dan Aykroyd's materialistic wife and minor nemesis to Jessica Tandy.The concert stage has been a commanding venue for Patti over the years with a number of successful one-woman singing showcases such as "The Lady with the Torch," "Matters of the Heart" and "Coulda, Woulda, Shoulda," winning an Outer Critics Circle Award for her "Patti LuPone on Broadway" in 1995. Stage concert versions of "Pal Joey," "Passion," "A Little Night Music," "Can-Can" and "Candide" have greatly added to her enduring popularity, in addition to her three solo evenings at Carnegie Hall. Powerhouse leads in "Sunset Boulevard" (1993) and "Master Class" (1996) have ensured her diva-like place as one of America's contemporary singing immortals. She earned another Tony nomination more recently for her inventive spin on the monstrous Mrs. Lovett in "Sweeney Todd" (2005). Since then she has added to her Broadway musical gallery as Rose in "Gypsy" (2008) and as Helena Rubinstein in "War Paint" (2017). She also played the aggressive, scene-stealing role of Joanne ("The Ladies Who Lunch") in a film concert version of Company (2011).Broaching the millennium and beyond, occasional film appearances have included supporting roles in Family Prayers (1993), Summer of Sam (1999), City by the Sea (2002), Union Square (2011), Parker (2013), The Comedian (2016) and Last Christmas (2019). On the smaller screen, she lent her assertive presence in recurring fashion with 30 Rock (2006), American Horror Story (2011), Penny Dreadful (2014), Anthem: Homunculus (2019) and Pose (2018) and a stu