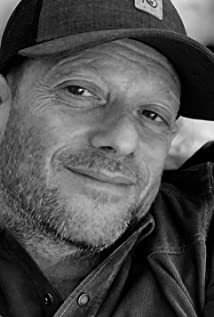 PAUL A. KAUFMAN was born in London, England. He is an accomplished Emmy Award and Canadian Screen Award winning director and producer.Kaufman made his directorial debut on his long cherished project, "Run the Wild Fields" for Showtime, which earned numerous critical honors, including an Emmy Award for Best Director. The dramatic story follows a North Carolina woman and her daughter who take in a mysterious drifter to work their farm while her husband is missing in action during WWII. The movie stars Joanne Whalley, Sean Patrick Flanery and Alexa Vega.Known for his exceptional direction in Television, Paul recently made his feature film directing debut with the Independent film, "BUTTER". Butter, a lonely obese teenager is about to make history. He is going to eat himself to death, live on the Internet, and everyone is invited to watch. When he first makes the announcement online to his classmates, Butter expects pity, insults, and possibly sheer indifference. What he gets are cheerleaders rallying around his deadly plan. Yet as their dark encouragement grows, it begins to feel a lot like popularity. And that feels good. But what happens when Butter reaches his suicide deadline? Can he live with the fallout if he doesn't go through with his plans? The film deals with the social issues of teenage bullying and suicide-prevention. Academy Award winner, Mira Sorvino, co-stars with Annabeth Gish and Ravi Patel.Paul has directed "Ransom" for CBS which is Frank Spotnitz's ("Man in the High Castle" "X-Files") new series. It is a co-production with Global Television, CBS and TF1. He is a regular director of the top-rated CBS television series, "NCIS: Los Angeles" and recently directed the first episode of "Criminal Minds:Beyond Borders" which is the Gary Sinise spin-off of "Criminal Minds". He is also a regular director on the critically acclaimed series "Rogue" for Direct TV, which stars Cole Hauser and Thandie Newton.He was nominated for The Canadian Screen Award for Outstanding Direction for movie, "Twist of Faith" which is the dramatic story of a gospel singer in Alabama who falls in love with a damaged drifter - a Cantor from New York, who tragically lost his family. The movie stars Toni Braxton, David Julian Hirsh and Mykelti Williamson.Paul has produced and directed over 70 hours of prime-time television and has had overall producing deals at Warner Brothers/HBO, Artisan, Alliance Atlantis and Fox Television Studios.Kaufman was honored with a Directors Guild of Canada nomination for Best Director for his television movie, "Magic Beyond Words: The JK Rowling Story". It stars Poppy Montgomery playing the title role based on the woman who wrote Harry Potter. The movie which Kaufman also produced, won the Canadian Screen Award for Best Television Movie or Miniseries.He won an NAACP Award for Best TV Movie or Miniseries for the critically acclaimed movie he produced and directed, "Sins of the Mother" starring Jill Scott and Nicole Behari. Scott also won the NAACP Award for Lead Actress Performance in a Television Movie or Mini-series.He also directed the Imagen Award winning movie "Little Girl Lost: The Delimar Vera Story" for Lifetime Television. The movie stars Judy Reyes and Ana Ortiz ("Ugly Betty").As a writer, Kaufman co-wrote several made-for-television movies including "Thirst" starring Adam Arkin, Joely Fisher and Giancarlo Esposito for NBC and "Emma's Wish" starring Joanna Kerns and Della Reese for CBS. Also for CBS, Kaufman produced the highly acclaimed movie "Jewel," which starred Farrah Fawcett and Patrick Bergen and was nominated for the Humanitas Award.He served two terms on the Board of Governors at The Academy of Television Arts and Sciences where he also served as the Chairman of The Primetime Emmy Awards, where he supervised and oversaw the awards show and telecast. He has also served on the Television Committee at BAFTA and been a guest speaker at AFI, UCLA, USC and other colleges.He is a member of The Directors Guild of America, BAFTA, The Writers Guild of America, The Academy of Television Arts and Sciences, The Directors Guild of Canada and The Producers Guild of America. He is a citizen of The United Kingdom, The United States and Canada.