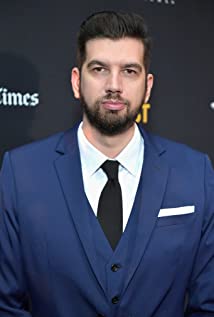 Born in Carshalton Surrey in 1981, Paul displayed a keen love for movies (especially the horror genre) as early as three years old after watching An American Werewolf In London. Growing up he exposed himself to all walks of the genre from the classic Universal monsters, the Hammer horror flicks and later the 80s slashers, with Freddy Krueger being a favorite at a young age. He studied Media and English combined with Psychology and Politics at college between 1997 and 2000, and then went on to study three years at the University of East London for a BA Hons degree in Film History. Since the late 90s Paul has been a published film journalist, specializing in retrospectives on classic horror movies that he used to watch growing up. In early 2006 in joined the writing team at HorrorHound magazine, where he continues to have worked printed in every issue. At the beginning of 2007 Paul began work on a feature length retrospective on the first horror movie he ever saw, An American Werewolf In London. Currently in early production, the documentary will cover the making of the film and feature interviews with the entire cast and crew 25-years on. The documentary is expected to be completed in early 2008.

Beware the Moon: Remembering 'An American Werewolf in London'