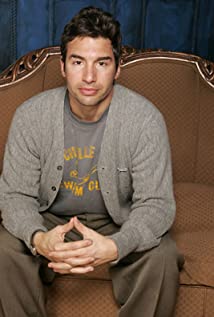 Paul Dinello was born on November 28, 1962 in Oak Park, Illinois. He is one of 5 children (one brother and three sisters). After graduating from DePaul University, he enrolled in the Second City Improvisation Troupe in Chicago. After taking a few classes, he auditioned to be in the touring company, where he met Stephen Colbert and Amy Sedaris. After Second City, he moved to New York, with Colbert and Sedaris, where they created the sketch comedy series Exit 57 (1995), for Comedy Central, with Mitch Rouse and Jodi Lennon. The show was on for two seasons (1995-1996). The show was nominated for five CableAce nominations for best writing, performing and best comedy series. Later he, Colbert, Sedaris, and Rouse created Strangers with Candy (1999) for Comedy Central. It spoofed after-school specials, where a problem would arise and be solved in a single show, with the twist that, on Strangers with Candy (1999), they learned all the wrong lessons. The show lasted for three seasons. Dinello directed and co-starred in the movie version, Strangers with Candy (2005). Dinello has appeared in several movies including Plump Fiction (1997) and Straight Talk (1992). He has also been on the New York stage, most notable was The Talent Family's "Stitches".