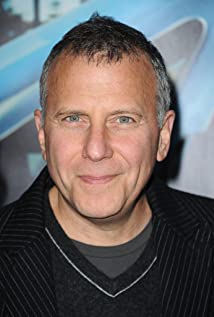 As a seasoned actor, writer, producer, and stand-up comedian, Paul Reiser continues to add to his list of accomplishments. In addition to co-creating and starring on the critically-acclaimed NBC series, Mad About You (1992), which garnered him Emmy, Golden Globe, American Comedy Award and Screen Actors Guild nominations for Best Actor in a Comedy Series, his successes also include his book, "Couplehood", which sold over two million copies and reached the number one spot on "The New York Times" best-seller list, and "Babyhood", his follow-up book, which features his trademark humorous take on the adventures of being a first-time father, which also made "The New York Times" best-seller list. He also wrote follow-up bestseller Familyhood.Born and raised in New York City, Reiser was drawn to Greenwich Village clubs, which featured, among others, George Carlin, Robert Klein and David Steinberg. He subsequently attended college at the State University of New York at Binghamton, where he majored in music (piano and composition) and participated in drama classes. During his university years, he was active in student theater productions at the Hinman Little Theater, an on-campus community theater organization located in Hinman College, his dorm community. Reiser later began performing as a comedian at the Improv and Comic Strip during university summer breaks.Remembered for notable performances in films, such as Diner (1982), Aliens (1986), Beverly Hills Cop (1984) and Beverly Hills Cop II (1987), The Marrying Man (1991), Bye Bye Love (1995) and One Night at McCool's (2001). More recently, he starred in two original movies for Showtime - Strange Relations (2001) opposite Julie Walters, Chazz Palminteri's Women vs. Men (2002), opposite Joe Mantegna and Christine Lahti. His first original screenplay also became his next film The Thing About My Folks (2005), also starring Peter Falk, Olympia Dukakis and Elizabeth Perkins.Reiser's development company, "Nuance Productions", has produced several projects for NBC television including, My 11:30 (2004), starring Jeff Goldblum and Donna Murphy - which Reiser co-wrote with Steven Sater. Also in the works - for the Showtime cable network - is a mock-documentary about "The Smothers Brothers" and their battles with television network censorship in the late 1960s. Since then, he has maintained a lower profile, working more as an executive producer and writer than as an actor.In 2003, Reiser made his stage debut in Woody Allen's directorial play debut Writer's Block. He also paired with Steven Soderbergh to star in the Amazon Original Series Red Oaks.Reiser tours the country performing to sold-out venues and was recently voted one of Comedy Central's "Top 100 Comedians of All Time."