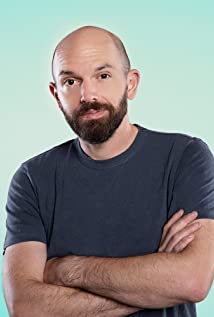 Paul Scheer is a SAG Award-winning actor, writer, producer, pod-caster, and director. Scheer is a series regular on the Emmy nominated Showtime series Black Monday opposite Don Cheadle. He also is known for his role as Andre on the hit FX show The League, as well as his role of Mitch in Fresh off the Boat, and Stevie on Veep. He is the creator and star of the Adult Swim series NTSF:SD:SUV:: as well as the co-creator and star of MTV's cult Sketch Comedy show Human Giant. His recent film credits include a scene-stealing performance in SpectreVision's Archenemy starring Joe Manganiello, the 2021 Tribeca Film Festival selected Happily opposite Joel McHale, as well as the 2021 Sundance hit, This is How it Ends. Additionally he's had roles in Lionsgate's Long Shot, and the Oscar-nominated A24 film The Disaster Artist as well as the horror-comedy Slice with Chance the Rapper, and the indie drama Summer 03 with Joey King, and Universal Pictures' Popstar: Never Stop Never Stopping.

The Binge 2: It's A Wonderful Binge