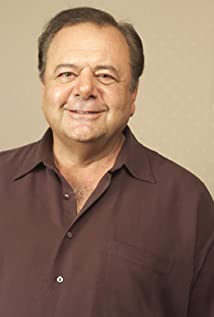 Tall, dark and imposing American actor Paul Sorvino has made a solid career of portraying authority figures.He was born in Brooklyn, New York City. His mother, Angela (Renzi), was a piano teacher, of Italian descent. His father, Ford Sorvino, was an Italian immigrant who worked in a robe factory as a foreman. Paul originally had his heart set on a life as an opera singer. He was exposed to dramatic arts while studying at the American Musical and Dramatic Academy in New York. He furthered his studies with Sanford Meisner and eventually made his film debut in Where's Poppa? (1970).Sorvino suffered from severe asthma, and worked hard at mastering various breathing techniques to manage the illness. He wrote a best-selling book entitled "How to Become a Former Asthmatic". He also started the Sorvino Asthma Foundation based in New York City.Sorvino has appeared in a variety of film, TV and theatrical productions over the the last four decades. He received critical praise for his role in the Broadway play "That Championship Season", and played the role again in the 1981 film alongside Robert Mitchum and Martin Sheen. Other noteworthy performances during the 1980s and 1990s included a stressed-out police chief in Cruising (1980), Mike Hammer's cop buddy in I, the Jury (1982), "Lips Manlis" in Dick Tracy (1990) with James Caan and in a standout performance as mob patriarch "Paul Cicero" in the powerhouse Goodfellas (1990).Always keeping himself busy, Sorvino has performed in nearly 50 movies just in the past decade, including a dynamic and under-appreciated portrayal of Henry Kissinger in Nixon (1995), as "Fulgencio Capulet" in the updated Romeo + Juliet (1996) and in the Las Vegas thriller The Cooler (2003).Sorvino is the proud father of Academy Award-winning actress Mira Sorvino.