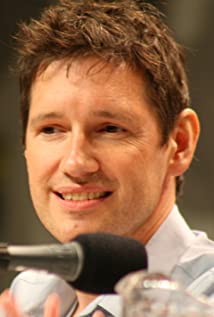 Paul W.S. Anderson gained a fair bit of notoriety in his native England when he directed the ultra-violent Shopping (1994) (which he also wrote), starring Jude Law and Sean Pertwee in a story about thieves who steal by ramming a car into storefronts. The film was banned in some cinemas in England, and became a direct-to-video slightly edited release in the United States.Shopping (1994) allowed Anderson to get the chance to direct Mortal Kombat (1995), an adaptation of the hit video game, which showcased his directorial trademarks - visually stunning scenery and quick-cut editing. The film did well enough for him to choose his next project, which was Soldier (1998) with Warner Bros., with Kurt Russell in the lead. Unfortunately, Russell decided at the time to go on hiatus, pushing the release date of that film into 1998. In the meantime, Anderson directed Event Horizon (1997) from a script by Philip Eisner, which featured Anderson regulars Sean Pertwee and Jason Isaacs. The science fiction/horror film, a Gothic horror version of Solaris (1972), was stylish and scary, but was critically panned and did not do well in the box office, which Anderson blamed on studio-enforced cuts to the story. (Anderson has promised a Director's Cut, though none has been announced as of yet).Soldier (1998) didn't fare well with critics and box office either, and Anderson's planned 2000 remake of Death Race 2000 (1975) was canceled. This forced him to think smaller, which led to The Sight (2000), a supernatural mystery movie that was a minor hit. He then resurfaced to direct another video game adaption, Resident Evil (2002). Long rumored among fans to be a choice comeback vehicle for zombie grandfather George A. Romero, the writing and directing credits eventually transferred to Anderson. He next was given the helm for the long-awaited film adaption of the popular Dark Horse comic book, Alien vs. Predator (2004).