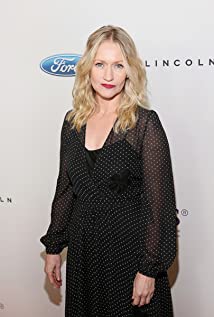 Born in 1970 in Belfast, Northern Ireland, Paula Malcomson is an extremely prolific film and television actress with numerous credits to her name. Malcomson began her career in the early 1990s with small parts primarily in film before scoring higher-profiles roles in the Oscar-nominated film The Green Mile (1999) and A.I. Artificial Intelligence (2001). In 2006, she joined the cast of HBO's Deadwood (2004) in the role of Trixie, and would also go on to appear in creator David Milch's next series, John from Cincinnati (2007). From then on, Malcomson made appearances in a number of high-profile series, including ER (1994), Lost (2004), Law & Order: Special Victims Unit (1999), CSI: Crime Scene Investigation (2000), and had regular roles on both Sons of Anarchy (2008) and Caprica (2009) in 2010. As her list of television appearances steadily grew, she also was cast in the role of Katniss' unnamed Mother in the blockbuster adaptation of The Hunger Games (2012). After the release of that film, she also filmed the pilot for Liev Schreiber's Showtime series Ray Donovan (2013).

We Have Always Lived in the Castle