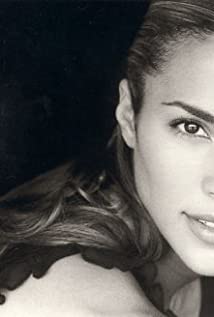 Paula Patton was born in Los Angeles, California, to Joyce (Vanraden) and Charles Patton. Her father is African-American and her mother, who is caucasian, has German, English, and Dutch ancestry. Her family lived across the street from the 20th Century Fox lot when she was growing up and she was a fan of films from her earliest years. Her mother, who also appreciated good films, was a schoolteacher, and her father was a lawyer. Paula claims that as a girl she would escape by "pretending to be someone else" so it was not a surprise that she acted in high school plays at Hamilton Magnet Arts High School. Her favorite role was that of "Abigail" in "The Crucible". However, she went on to study film at the University of Southern California in a summer program, and won a 3-month assignment making documentaries for PBS. This led to her working as a production assistant for TV documentaries, and also for Howie Mandel's talk show. She progressed to actually producing documentary segments for Medical Diaries (2000) airing on Discovery Health Channel. Paula now professes that she liked what she was doing, but her dream remained the same as when she was small so she took acting lessons and shifted gears to become a performer. She was almost immediately successful and, within three years, had played parts in major features, Hitch (2005) and Idlewild (2006) and the female lead in Deja Vu (2006) opposite Denzel Washington.

Four Kids and It