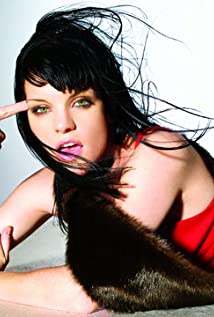 Pauley Perrette is known to millions around the world as Abby Sciuto, the brilliant but offbeat forensic scientist on CBS's NCIS (2003), the #1-rated drama in the world. Her additional credits include appearances on such shows as Almost Famous (2000), The Ring (2002), 24 (2001), CSI: Crime Scene Investigation (2000), Murder One (1995), The Drew Carey Show (1995), Jesse (1998), Time of Your Life (1999), Philly (2001), Special Unit 2 (2001), Haunted (2002) and many independent films, commercials, and music videos.Born in New Orleans, Pauley was raised in Alabama, Georgia, and all over the South. She was an undergrad honor student in sociology, psychology, and criminal science. She began her master's degree in criminal science at Georgia State University before moving to New York City. She worked as a bartender while pursuing an acting career.In addition to being a talented actress, Pauley is also a director, producer, published writer, poet, photographer, spoken-word artist, and singer/songwriter. A passionate and dedicated advocate for civil rights, she is directing and producing a documentary about U.S. civil rights attorney and author Mark Lane. An ardent social and civil activist, Pauley is involved in many charitable organizations that work on behalf of animal rescue, civil rights, and LGBT rights. She is on the board of Project Angel Food and supports Habitat for Humanity, NoH8, PATH (People Assisting the Homeless), EQCA (Equality California), AIDS Walk LA, the Humane Society, AIDS Task Force, NOH8 Campaign, Los Angeles Zoo, Hope Gardens, Union Rescue Mission, DonorsChoose.org, APLA (AIDS Project Los Angeles), the Amanda Foundation, the American Red Cross, Out of the Closet, Top Cops, 5p21 (AIDS clinic), Strike Out AIDS, Petfinder.com, Hollywood Homeless Lunch, Campaign for Care, and Save the Children. Pauley is also an active congregant of the social and civilly active Hollywood United Methodist Church.Her dedication to independent film has resulted in her winning, among other accolades, Best Actress in the Beverly Hills Films Festival 2010 for To Comfort You (2009). Being placed on several IT lists, including those of Entertainment Weekly and LA Weekly, she also was singled out as the only woman in the top 10 of the Q rankings, and tied with Tom Hanks and Morgan Freeman at #1 as the most favorable celebrities. In the E-Poll survey, she ranked #4 most liked celebrity.Pauley was recently honored by the Society of St. Vincent de Paul as Community Advocate of the Year, by the Union Rescue Mission with the Heart for Service Award, by the Desert AIDS Project as Next Generation Advocate, and by the Union Rescue Mission for her social media efforts that saved Hope Gardens (a homeless shelter for women and children). She is finishing recording her new album with her band, Stop Making Friends, performing songs that she wrote and sings. She is also the former lead singer of the all-girl rock band Lo-Ball. She recently collaborated with new artist B. Taylor on his single, "Fire in Your Eyes," and soon will be heard on the Run-D.M.C. single "Attention Please."Pauley has been a frequent entertaining guest on The Late Late Show with Craig Ferguson (2005), Late Show with David Letterman (1993), Late Night with Jimmy Fallon (2009), and many other entertainment and talk shows.

Superman vs. The Elite

The Singularity Is Near