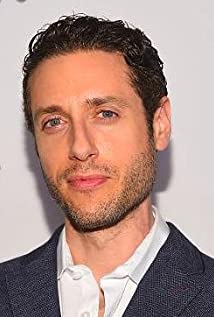 Paulo Costanzo was born on September 21, 1978 in Toronto, Ontario, Canada. He grew up in Brampton, a suburb of Toronto, of Italian (father) and Jewish (mother) descent. He attended Mayfield Secondary School for the Arts, then attended one year at Ryerson University for theater, but dropped out when he started to land Toronto based television and film roles.In his first major television role he starred opposite 'Linda Hamilton, Scott Speedman and Alfred Molina in the Barbra Streisand produced Rescuers: Stories of Courage: Two Couples (1998), in which he played a Jewish teen in hiding from the Nazis in 1939 Belgium. Shortly thereafter, he landed the role of quirky alien Aximili-Esgarrouth-Isthil on Nickelodeon's Animorphs (1998), which ran for two seasons. When he was 21, he attended an international cattle call audition for an unnamed Dreamworks film. A week later he received a call from his agent: after seeing his tape, Todd Phillips wanted Paulo to fly to New York to screen test for Road Trip (2000). After testing for Phillips and Ivan Reitman, he was offered the role of Rubin Carver. This marked the beginning of his professional career in the United States.He played major supporting roles in several films including Josie and the Pussycats (2001) and 40 Days and 40 Nights (2002), and starred opposite Woody Harrelson and Alicia Silverstone in Scorched (2003). From 2005-2006, he played kid genius Michael Tribbiani opposite Matt LeBlanc on the Friends (1994) spin off, Joey (2004), during which time he also headlined Douglas Coupland's Everything's Gone Green (2006), a festival darling which won numerous awards. He starred in the cult horror hit, Splinter (2008), which won Six Scream Awards including best picture, and he starred opposite J.K. Simmons, Scott Caan, and Harvey Keitel in A Beginner's Guide to Endings (2010).From 2009-2015 he starred as Evan R. Lawson on the USA tent pole, Royal Pains (2009) for its eight seasons, directing three episodes. In 2015, he recurred as Shed Garvey on Syfy's The Expanse (2015), and played the critical role of Ray Halle in four episodes of HBO's Emmy-winning drama The Night Of (2016). In 2017 he starred opposite Marisa Tomei and Minnie Driver in the high concept short film Laboratory Conditions and can be seen as Lyor Boone, chief political advisor to the President, opposite Kiefer Sutherland on ABC's hit show Designated Survivor (2016).

How to Be a Man

A Beginner's Guide to Endings