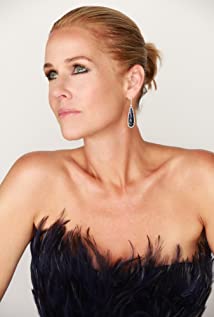 Penelope Ann Miller is an acclaimed and diverse actor, who has stood the test of time, working in every medium and genre, with some of the most legendary actors and directors of all time.Most recently she took on the role of Elizabeth Turner in the controversial true story of Nat Turner's 1831 slave rebellion, "The Birth of a Nation", which won rave reviews and The Grand Jury and Audience Awards at the 2016 Sundance Film Festival.She starred in 2012's Academy Award winning Best Picture, The Artist, opposite Best Actor Oscar winner Jean Dujardin. The black & white silent film that took the awards season by storm winning 5 Academy Awards, 7 BAFTA's and 3 Golden Globe Awards including Best Picture among many others. Miller was also recognized for her work in the ensemble category with nominations at the SAG and Critic's Choice Awards. She was recently honored with Career Achievement Awards at the Ft. Lauderdale International Film Festival and the Sarasota Film Festival where they showcased her respected body of work from the past 25 years.Penelope has shared the screen with some of the most notable and renowned leading men and directors in Hollywood. This distinguished list includes Al Pacino and Sean Penn in director Brian De Palma's Carlito's Way for which she received a Golden Globe nomination; Marlon Brando and Matthew Broderick in The Freshman directed by Andrew Bergman; Robert De Niro and Robin Williams in Penny Marshall's Awakenings; Robert Downey Jr. in Sir Richard Attenborough's Chaplin; Danny DeVito and Gregory Peck in Norman Jewison's Other People's Money; Matthew Broderick & Christopher Walken in Mike Nichols' Biloxi Blues; and Arnold Schwarzenegger in Ivan Reitman's Kindergarten Cop.Television credits include the critically acclaimed and award winning ABC drama, American Crime, opposite Emmy winners Felicity Huffman and Regina King, TNT's Men of a Certain Age opposite Ray Romano; ABC's Mistresses, and just recently, in Lifetime's, ripped from the headlines, "NY Prison Break: The Seduction Of Joyce Mitchell," transforming herself into the upstate NY small town mom and prison seamstress, who aided to convicted killers in their audacious jailbreak and is now serving 7 years in prison.Among her many accolades, Miller received a special jury award for Best Performance at the Hollywood Film Festival Awards for her role in the independent feature Rhapsody in Bloom. She was named, Star of Tomorrow by The Motion Picture Bookers Club, Most Promising Actress by The Chicago Film Critics Association, and received a Tony Award nomination for her portrayal of 'Emily' in Broadway's Tony-winning revival of Our Town. Miller's other credits include Rocky Marciano opposite Jon Favreau and George C. Scott, The Last Don opposite Joe Montegna, The Mary Kay Letourneau Story for which she won critical acclaim, Rudy: The Rudy Giuliani Story opposite James Woods, Rob Reiner's flipped and Sam Raimi's box office hit, The Messengers, opposite Kristen Stewart.Miller left her native Los Angeles when she was 18 and moved to New York, where she studied acting at HB Studios under Herbert Berghoff. Two years later, Miller got her big break on Broadway when she originated the role of 'Daisy Hanningan' in Neil Simon's Tony Award-winning play Biloxi Blues opposite Matthew Broderick. Later, she would reprise her role in Universal's film version, directed by Mike Nichols.Miller currently lives in Los Angeles with her husband and two daughters.