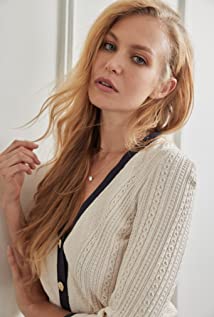 Penelope Mitchell is an Australian actress best known for playing the role of Letha Godfrey on the American horror television series Hemlock Grove and Liv Parker on The Vampire Diaries.Born in Melbourne, Victoria to a French-born artist mother and Australian entrepreneur father, Mitchell spent most of her childhood in Australia with her two older brothers. She studied ballet from age 4 to 16.Mitchell finished in the top 1% of her graduating year, with an International Baccalaureate diploma. She attended Melbourne University, with the intention of becoming a lawyer. During her time there she continued to perform and wrote prolifically for various publications. Mitchell completed her undergraduate degree in Arts: Media Communication, before moving to Los Angeles to pursue acting.She is a cousin of actress Radha Mitchell.She began acting a few years before she landed her role on Hemlock Grove, appearing on shows including Toon Time, an Australian kids show, the ABC (Australia) show Next Stop Hollywood, which followed six Australian actors (including Penelope) who move to Hollywood to audition for pilots, and an episode of Australian police drama Rush.In the United States, Mitchell is known for her roles on the television series The Vampire Diaries and Hemlock Grove. She was also recently cast in the films The Fear of Darkness and Zipper.

The Fear of Darkness