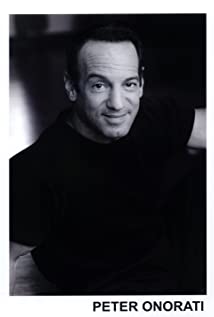 Peter Onorati was born and raised in Boonton, New Jersey. He attended college at Lycoming College, where he received his B.A. degree in Business Administration. He was an NCAA all-conference wide receiver, and signed up to play in the World Football League, which quickly collapsed. He then enrolled in Fairleigh Dickinson University, where he received an MBA. He worked for Ford Motor Company and McCall's magazines. He started in comedy, and left the business world for acting. He now lives in Los Angeles, appearing in both films and television shows. He is married to writer Jeanette Collins, and they have three sons.