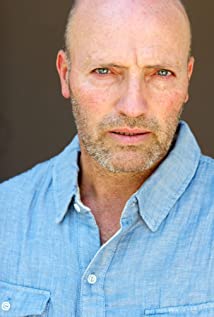 Peter Woodward was born into a family of actors. His father, Edward Woodward, brother Tim Woodward and sister Sarah Woodward, are all well-known British actors. Peter graduated from the Royal Academy of Dramatic Art (RADA) and then joined the Royal Shakespeare Company, starring in many of their productions including "Winter's Tale", "Comedy of Errors" and "A Midsummer Night's Dream". Peter has also played a wide range of major character roles in films and television including the role of the German "Captain Stossel" in the feature film The Brylcreem Boys (1998). As a member of the British Academy of Dramatic Combat, Peter is known in the film industry for his work as a Fight Arranger and also as a post production supervisor, writing the ADR dialogue for films including: 1492: Conquest of Paradise (1992), 20,000 Leagues Under the Sea (1997), The Scarlet Tunic (1998), Les Misérables (1998) and Ossessione fatale (1991). Branching out, Peter recently formed a production company, "TRIPAL PRODUCTIONS", with his father Edward Woodward, and, for this company, Peter wrote and produced his first feature film The House of Angelo (1997), with his father, Edward, in the starring role as "Angleo".

Age of the Living Dead

The Comedian's Guide to Survival

Property of the State

Space Dogs: Adventure to the Moon