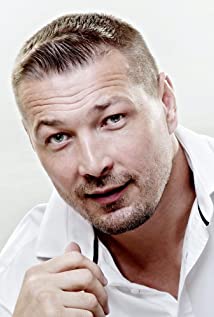 Director/writer/producer/actorPetr Jákl was born on September 14th 1973 in the Czech Republic and got a master degree at the Faculty of Physical Education and Sport at the Charles University in Prague. From his childhood Petr devoted himself to sports and he became the Champion of the Czech Republic in judo 10 times. His sport careerculminated during the Olympic games in Sydney in 2000, where he was representing the Czech Republic. Since 1992 he is also active in film industry. He started as an actor and a stuntman in Czech movies and later he was casted into many big Hollywood productions. Shooting with directors Luc Besson (Joan of Arc) and Rob Cohen (xXx) were important turning points in his film career, as they both helped Petr to develop his acting career further. Later on Petr started producing and directing and after his debut thriller Kajínek, which was the highest grossing Czech thriller in the history, he directed a horror movie Ghoul, which was the highest grossing horror in the Czech history. And Ghoul became worldwide success also thanks to its executive producer Rob Cohen. Petr is represented by Anonymous Content agency by manager Luke Rivett and currently he is preparing several English speaking movies as a producer as well as a director or a writer.