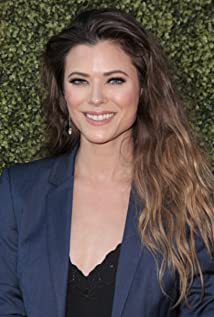 Peyton List was born on August 8, 1986, in Boston, Massachusetts. She grew up with her older sister Brittany, who works as a model in Germany, and her parents Sherri Anderson and Douglas "Doug" List. Peyton studied at the School of American Ballet in New York City and also played there on stage.She began her career as a model and actress at the age of eight. Since then, she had various modeling jobs for "Dooney & Bourke", as well as "Clean & Clear". Peyton also belongs to the Eileen Ford modeling agency in New York. She has been on the cover of "Girl's Life" magazine more times than anyone else and was also a cover model for magazines like "Your PROM" (2002) and "Bridal Guide" (2004).Besides her modeling career, she worked hard on her acting career, and on December 14, 2001, she landed her first role as "Lucy Montgomery" on the CBS soap opera, As the World Turns (1956). She played that role for four years and left the show when her contract expired and began to focus on bigger projects. She landed guest roles in series like Law & Order: Special Victims Unit (1999), Sex and the City (1998) and Smallville (2001).She had her first Hollywood role in the Disney movie, The Greatest Game Ever Played (2005), which was on top 9 with 3.7 million visitors on the U.S. cinema charts. Before that, she had small appearances in movies like Washington Square (1997) and "Conjuring Aurora".