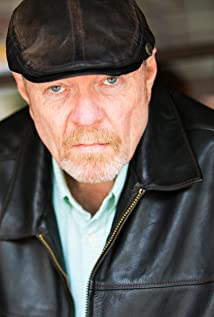 Phil Hendrie has been a pioneer in the entertainment industry over the last two decades. This turned him into a Radio Icon a voice-over artist (more than 40 voices) and a sought after character actor in Hollywood. Hendrie still hosts his critically acclaimed podcast radio show "The Phil Hendrie Show" out of Los Angeles. He has always received rave reviews for his portrayal of tightly wound, over-the top characters he creates himself and it continues to draw in thousands of listeners creating a huge fan base. Hendrie has worked with Judd Apatow on a couple of projects such as "This is 40" and "North Hollywood." Other film roles include "Team America: World Police," "Last Call," "Semi-Pro," "Futurama: Into the Wild Green." Hendrie has been a Series Regular on "Teachers," provided over 20 character voices on "King of the Hill" and starred in his own animated television show called "The Phil Hendrie Show" produced by Steve Levitan. Some of his Guest Star roles have been on "Modern Family," "Maron," "Giants of Radio," "Squidbillies," "Andy Richter Controls the Universe," etc... Phil has been a major recurring on "The Unit," "Futurama," "The Replacements," "Napoleon Dynamite,"(animated series), etc... Most recently Phil Guest Starred on "New Girl," "Playing House" Adult Swim's "Rick and Morty" and "Drunk History. Hendrie has just begun doing his famous cult characters live such as (Ted Bell, Margaret Gray, Bobbie Doolie, Steve Bosell, Skippy etc...)to sold out comedy/theater venues.