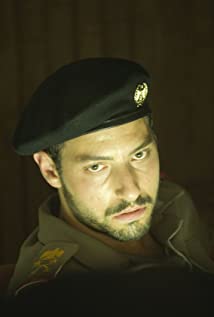 He is a British actor based in London. He was born in Geneva to Sephardi Jewish parents of Italian and Turkish origin and grew up in Istanbul, Turkey. He began his TV and film career in some of British television's most popular series including Casualty, Spooks and Silent Witness. He received critical acclaim for his portrayal of Uday Hussein in HBO/BBC drama "House of Saddam".In 2013, he appeared in Turkish television series Son and in the film Singing Women directed by Turkish film director Reha Erdem. In 2014 he appeared in the BBC/Sundance TV drama "The Honourable Woman" directed by Hugo Blick. He also appeared in the British comedy drama film Happy-Go-Lucky and in RED 2 sequel to RED.On stage he has played many roles at the National Theatre in England. He played Yossarian in "Catch 22" on UK tour.