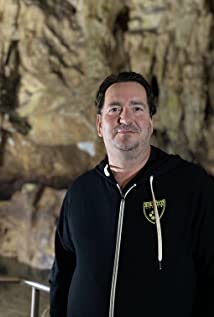 Philip Waley has been working in the Film and Television Industry for over 20 years, successfully producing hundreds of commercials and music videos around the world. He was awarded the coveted Silver Lion at Cannes.In the film world, Philip has had the pleasure of working with major studios such as Warner Bros, Fox, Netflix, Lionsgate, Sony, and Universal . Some of his recent movies include,"Escape Room 2," "The Nun," "The Red Sea Diving Resort," "The Empty Man," "Columbus Circle," "Solomon Kane," "Jumper," "Hostel 1 & 2," "Pink Panther" and "The League of Extraordinary Gentlemen" amongst others.In the Television field, he produced the Award Winning "Joan of Arc," for the Hallmark Channel, as well as "The Genius of Mozart" for BBC Television and some episodes of the Award Winning "The Amazing Race". Most Recently he Produced the Netflix Original Series "Best Worst Weekend Ever"Waley graduated from Bournemouth University, receiving a BA with honors in Media Production.Philip's has his own Production Company Shaken Not Stirred Inc based out of Los Angeles and is a partner in Baral Waley Productions Inc a full-service production company servicing productions Worldwide.Philip Waley is also a Producer overseeing Group Production at Haas Silver Levene Film Studios, a development, production and distribution group based out of London, Los Angeles and in Munich, Germany, producing a developed and packaged Real Story Slate of Motion Pictures, Television films, franchises and docu-dramas for the international market place under the brand "People Who Made a Difference".Waley is an active member of both DGA and PGA.

Lea to the Rescue