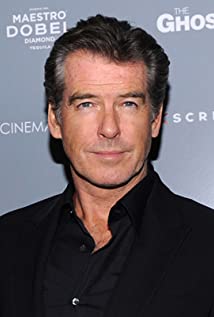 Pierce Brendan Brosnan was born in Drogheda, County Louth, Ireland, to May (Smith), a nurse, and Thomas Brosnan, a carpenter. He lived in Navan, County Meath, until he moved to England, UK, at an early age (thus explaining his ability to play men from both backgrounds convincingly). His father left the household when Pierce was a child and although reunited later in life, the two have never had a close relationship. His most popular role is that of British secret agent James Bond. The death, in 1991, of Cassandra Harris, his wife of eleven years, left him with three children - Christopher and Charlotte from Cassandra's first marriage and Sean from their marriage. Since her death, he has had two children with his second wife, Keely Shaye Brosnan.Brosnan is most famous for starring in the TV series Remington Steele (1982) as the title character, as well as portraying famous movie character James Bond in GoldenEye (1995), Tomorrow Never Dies (1997), The World Is Not Enough (1999) and Die Another Day (2002).