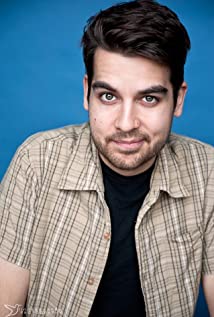 Piotr Michael is an actor, comedian and voice artist born in Los Angeles, California. He grew up in Cleveland, Ohio, lived in Taos, New Mexico, and Hilo, Hawaii. He studied theater and acting in college, including improvisational comedy at The Groundlings. Piotr's voices can be heard across many platforms, from regular appearances on "The Howard Stern Show" on Sirius XM, to television shows like Netflix's "Lady Dynamite", "The X-Files", Disney's "Wander Over Yonder", "Cosmos: A Spacetime Odyssey", "Jimmy Kimmel Live", "Ellen" and "Conan", as well as video game voices for "Doom", "Call of Duty", "Warcraft", "Final Fantasy" and "Lego: Dimensions", among many others.In the summer of 2016, Piotr joined the cast of the new "MADtv" on The CW, playing several original characters and impersonating celebrities including Donald Trump, Arnold Schwarzenegger, Steve Buscemi, Jeff Goldblum, Bernie Sanders, Seth Rogen and more. Before that, he co-starred on the SoulPancake television series, "Impress Me" (2015) playing an up and coming comedian who seems to climb up the showbiz ladder faster than his peers.Utilizing his extensive range to portray countless characters, Piotr also works regularly behind the scenes; voice-matching, looping, narrating and announcing for television and film and is often called upon to dub actors and celebrities when they are not available.