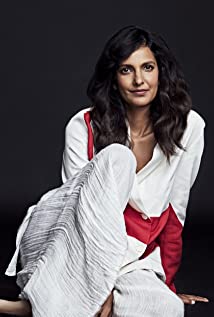 Poorna Jagannathan is an American actress and producer. She is best known for her portrayal of Safar Khan in HBO's Emmy-nominated show, "The Night Of", as well as playing the lead in the Bollywood cult comedy film "Delhi Belly". She also initiated and produced the play "Nirbhaya", written and directed by Yael Farber, which dealt with breaking the silence around sexual violence. Her play won the '2013 Amnesty International Award' and was called by The Telegraph as the "One of the most powerful pieces of theater you'll ever see". Jagannathan was featured among the top 10 in Femina magazine's "India's 50 most beautiful women" in 2012, and in 2014, she was named among the top 50 most powerful women in India. She was most recently a series regular on Naomi Watts/Netflix series, "Gypsy", and part of the ensemble cast for HBO's new anthology series, "Room 104", by the Duplass brothers. Her new film, directed by Pippa Bianco and produced by A24, releases in 2018. She is also part of the cast for Season 2 of HBO's critically acclaimed show, "Big Little Lies".The daughter of an Indian diplomat, Jagannathan was born in Tunis, Tunisia, and grew up in Pakistan, Ireland, India, Brazil and Argentina. She speaks English, Spanish, Portuguese, Hindi and Tamil. She went to college at the University of Brasilia, Brazil but graduated in journalism from the University of Maryland, College Park. On scholarship, she started her master's from The Actor's Studio, one of the world's top drama schools, but left after the first year.Jagannathan was featured in Vogue's October 2012 anniversary issue as one of 8 women who are changing the face of beauty in India. Vogue also included her in their list of 50 best red carpet looks for 2012 and in their list of "Best dressed: Who to watch in 2014". Grazia awarded Jagannathan the "Best Dressed Award" for 2014. She was ranked 'Most Fashionable Indian Woman' by Cosmopolitan in their October 2013 and 2012 issues. Italian Marie Claire named Jagannathan as one of the 12 women from the East impacting Western cinema in 2012.She is also a brand ambassador for People for the Ethical Treatment of Animals (PETA) in India.