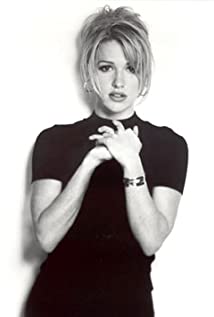 Poppy Montgomery has found success and prominence by playing the dramatic role of FBI agent Samantha Spade in the popular TV series Without a Trace (2002). Her gorgeous image can often be found in many men's magazines.Montgomery was born Poppy Petal Emma Elizabeth Deveraux Donahue in Sydney, Australia, to Nicola (Montgomery), a market researcher and executive, and Phil Donahue, a restaurateur. She was raised in Sydney. Since the age of 12, Poppy had a near obsession with cultural icon Marilyn Monroe.Her parents had named each of their five daughters after a flower and, after a time, the name "Poppy Petal" attracted so much derision from fellow students that she left school at the age of 14. At 16, she left home to travel abroad and, at 18, she traveled to America.In Los Angeles, penniless and with a copy of "How to Make it in Hollywood", Poppy adopted her mother's maiden name as a stage name and made daily contact with Julia Roberts's agent who told her he did not handle unknowns but arranged for her to be signed with another agent.After various minor roles, Montgomery got several breaks in 1996. She had guest appearances on TV series NYPD Blue (1993) and Party of Five (1994), she got a regular part in the TV series Relativity (1996), and she won a starring role in the TV movie The Cold Equations (1996). Her career has been on an upward climb ever since.In 2001, Montgomery won the dream role of her lifetime. CBS was looking to create a TV mini-series based on author Joyce Carol Oates' novelization of the life of Marilyn Monroe (the series was titled Blonde (2001)). Poppy's greatest wish was fulfilled when she got cast as her childhood idol. When she told her family that she'd won the role, Poppy's mother blithely commented "Well, you've been rehearsing for it your whole life". Montgomery gained weight for the part to more closely resemble Monroe. Her portrayal won critical acclaim.In 2002, Montgomery joined the original cast of the soon-to-be-successful TV series Without a Trace (2002). She has a lead role portraying FBI agent Samantha Spade. Montgomery shared the cast's 2004 SAG Award nomination for outstanding performance by an ensemble in a drama series.

Lying to Be Perfect

50 Ways to Leave Your Lover