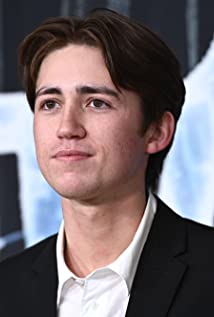 Preston Bailey was born in Portland, Oregon. He was scouted by an agent while attending his older brother Brennan Bailey's acting class and was cast in his first national commercial at age 2. Soon after, his family moved to Los Angeles and he booked the first role he auditioned for. Co-starring as an orphan on Lifetime's Strong Medicine. His maturity, love for acting and his ability to read and memorize lines at 5 years old, helped him to book many roles on T.V. as well as in feature films.In 2006, Preston was cast as a series regular in NBC's Alpha Mom. In 2007, he began working on Showtime's award winning drama Dexter. He played Dexter's son Cody for 6 years. He was nominated for Screen Actors Guild Awards in 2009 and 2010 for this role. In 2007, Preston co-starred opposite Kate Beckinsale, Vera Farmiga and David Schwimmer in the Critic's Choice acclaimed feature film, Nothing But The Truth.He had guest starring roles on CBS's Cold Case, Criminal Minds, How I Met Your Mother and Numbers. He later starred in feature films Children of the Corn (2009), The Crazies (2010) and the Disney Channel favorite, Judy Moody and The Not Bummer Summer (2011). This role won him and fellow cast members, the Best Performance in a Feature Film, Young Artist Award 2012.In 2014, Preston was cast in Universal's star-studded comedy, A Million Ways to Die in the West, as Albert (Young Seth MacFarlane). Preston also played young Mac (Rob McElhenney) in FX's groundbreaking comedy, It's Always Sunny in Philadelphia.Preston starred in Across My Land (2017), which was an official selection in the Cannes Film Festival. It premiered in Cannes, France in 2017 and was directed by Fiona Godivier and produced by Joaquin Phoenix.While acting is Preston's true passion, he also enjoys travel and volunteering around the world. Preston also speaks French and is accomplished in many dialects and foreign languages. He is of British, German, Swedish, Norwegian and Irish decent.

Judy Moody and the Not Bummer Summer

Nothing But the Truth