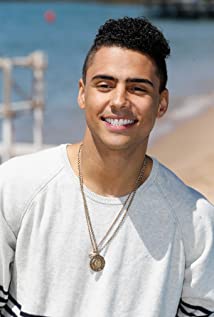 Quincy Brown effectively executes across film/television, music, fashion, sports and tech with ease. Better known by his mononym Quincy, he is proving to be a memorable rule breaker for the ages. Quincy went on to capture the hearts for his memorable role in the 2015 Cannes and Sundance Film Festival, Dope. His fan base followed him to FOX's hit television series, Star, by Lee Daniels. It was here that he cultivated his portrayal of Derek Jones into a character mainstay from his debut in 2016 until the 2019 series finale, which landed him a reoccurring role in 50 Cent's upcoming Power prequel series, Power Book III: Raising Kanan, on STARZ.Quincy captured his audience as one of Hollywood's brightest young creators and was showcased in Netflix's Strong Black Lead campaign, "A Great Day in Hollywood". He was also named in the Top 10 of The Hollywood Reporter's year-end social media for 2018. He kicked off 2019 in style when the iconic luxury brand, Christian Louboutin, entrusted the debut of their first sneaker collection to Quincy and gave him complete creative freedom with Run Loubi Run; the perfect match for their social media-driven launch. Additional ambassador roles for top fashion and tech brands as Bose, Coach, MCM, Montblanc, Zegna and Pixel. Quincy developed and launched his own photo app called "Fresh Crop," which became a top 50 selling application within 24 hours of its release.Quincy was born in New York to Km Porter and Al B. Sure and was named after his godfather music legend, Quincy Jones. Raised in Columbus Georgia and later moved to Los Angeles and was adopted by Sean "Diddy" Combs. He graduated from Calabasas High School and currently resides in Los Angeles.

The Haves and the Have Nots

Keeping Up with the Kardashians