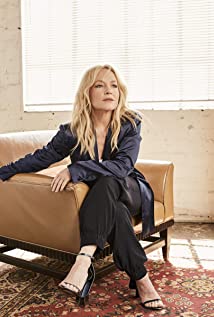 Rachael Harris was born in Worthington, Ohio, where she spend most of her early life. In 1986, she graduated from Worthington High School. She then attended Otterbein College, a liberal arts college located in Westerville, Ohio. She graduated in 1989, with a Bachelor of Fine Arts.Harris joined the Groundlings, an improvisational and sketch comedy troupe. The troupe maintains its own school in Los Angeles, where experienced members train young performers. Harris has served as a teacher in the school.In the 1990s, Harris made a number of appearances in American television shows, starting with single-episode roles in the science fiction series "seaQuest DSV" and "Star Trek: Voyager". Her "Star Trek" role had her playing Martis, mother of Kes (a regular character of the series). Harris had a recurring role in the sitcom "Sister, Sister" as Simone. Her character was a senior college student, attending the University of Michigan where the last few seasons of the series were set.Harris continued making guest appearances on television shows throughout the 2000s, and also appeared in a number of documentaries and advertisement campaigns. She appeared as a correspondent of the news satire "The Daily Show" for a single season (2002-2003). Harris was cast as Kevyn Shecket, a member of the supporting cast in the comedy series "Fat Actress" (2005). She appeared in all 7 episodes of the 1st season of the show, but the series was then canceled.Harris has played parts in various theatrical films, though often in minor roles. In the comedy film "The Hangover" (2009), Harris played Melissa, the bossy and cheating girlfriend of Dr. Stuart "Stu" Price. Her boyfriend was played by actor Ed Helms. Harris had a recurring film role in the film series "Diary of a Wimpy Kid" (2010-2012), where she played Susan Heffley (the protagonist's mother).In the 2010s, Harris continues to appear in various film and television roles. She was cast as main cast member in the short-lived sitcom "Surviving Jack" (2014). In the sitcom Harris was cast as Joanne Dunlevy, a married mother to two teenagers, who decides to resume her college studies. The main plot of the sitcom had Joanne's husband adjusting to life as a full-time parent.Harris gained a main cast role in the fantasy series "Lucifer" (2016-). She is playing Dr. Linda Martin, a professional psychotherapist who maintains a sexual relationship with her patient Lucifer Morningstar. Part of the series' plot is that Lucifer is a fallen angel and former ruler of Hell, who is trying to adjust to life among humans and to deal with his emotional issues. Linda initially helps him under the misconception that he is a mortal human being, but eventually learns part of his secrets.

Night at the Museum: Secret of the Tomb